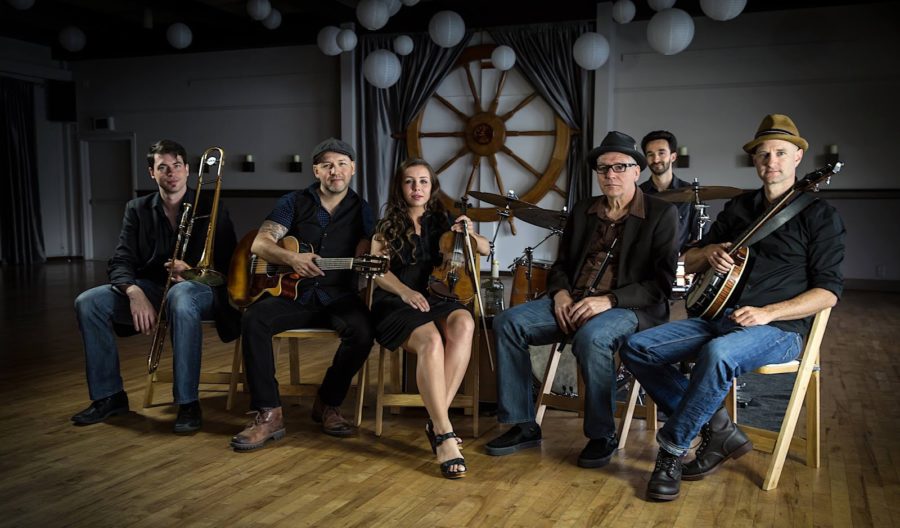 The Paperboys were formed by Mexican born, Tom Landa in the mid 1990’s in Vancouver. Tom had a vision of forming a band that fused Folk, Celtic and Bluegrass music with Pop and Rock.
The Paperboys music defies classification. It is Mexican Son Jarocho mixed in with Irish Jigs and Reels and a good dose of Country and Bluegrass. It has healthy servings of Ska and African Highlife. It also has strains of Soul, Pop and Funk. It is mostly Acoustic although they also like Electric guitars. It is definitely FOLK music, and it has a deep respect and appreciation for tradition (Bluegrass, Old Time, Celtic) but it’s by no means Traditional. It is World Roots Music. It’s POP music. It is GOOD music. It has a tendency to connect people and means a lot to many folks the world over.

One of the best multi-cultural, multi-ethnic, multi-generational, multi-lingual, multi-instrumental, genre bending band you will hear today!!