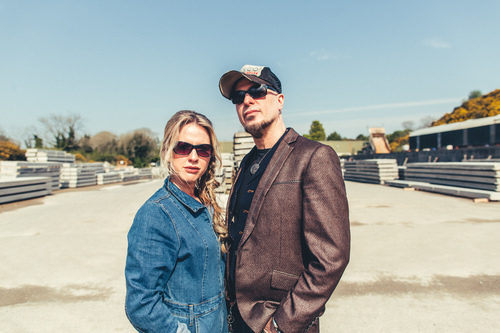 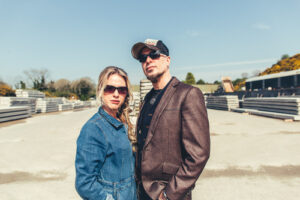 The County Sessions is delighted to present one of the best duos on the live music scene at present, who are destined for much bigger venues in the future, with the right break. This will be a great chance to see this band in an intimate all seated venue, as they are on a Nationwide tour to promote their new album. It was recorded in Nashville, and is getting rave reviews

The Remedy Club are a husband and wife Americana/Roots duo comprising Kj McEvoy & Aileen Mythen.  The duo have been described as ”a classic, rich and wholly authentic country-roots sound with vocals to die for” (FATEA MAGAZINE, UK).  McEvoy has been singled out for praise as a guitar player of great expressiveness and technical aplomb and Mythen for her stunning vocal performances.

In 2018 they  released their new album ‘Lovers, Legends & Lost Causes’, which got great reviews in Ireland, the UK and further afield.  The album was produced by The Remedy Club at Astakalapa Studios, Gorey, Co. Wexford, Ireland and mixed in Nashville by 5 time Grammy award winning Ray Kennedy (Steve Earle, Lucinda Williams, Willie Nelson) and Mark Petaccia (Jason Isbell Lindi Ortega).  It features some of Ireland’s finest musicians including Kj’s sister Eleanor McEvoy on strings. It consists of 11 original songs and the title refers to the songs therein, some about love, some about legends and some about lost causes.

They play what can only be described as American music, countryish mainly, a little bluesy here and there. Renowned Irish journalist Jackie Hayden has described their music as ‘a marriage of folk and country with a hint of the blues with delicious harmonies and nimble guitar playing’. Call it Americana, call it roots, call it country, The Remedy Club tick all those boxes and more !

Live, The Remedy Club are an exciting, captivating proposition with their performances veering from intimate and soulful to full on hoedown mode!

GET READY TO ROCK (UK) – ‘Impressive to say the least’.  ‘Country with that classic sound and a clear, modern production’.  ‘The Remedy Club should be destined for big things in the country genre’.

MAVERICK MAGAZINE (UK) – **** ‘A rather special offering.  The chemistry between the couple shines right through the album.’