28th October 2022 8:30 pm
Hotel Minella Clonmel
We're sorry, but all tickets sales have ended because the event is expired. 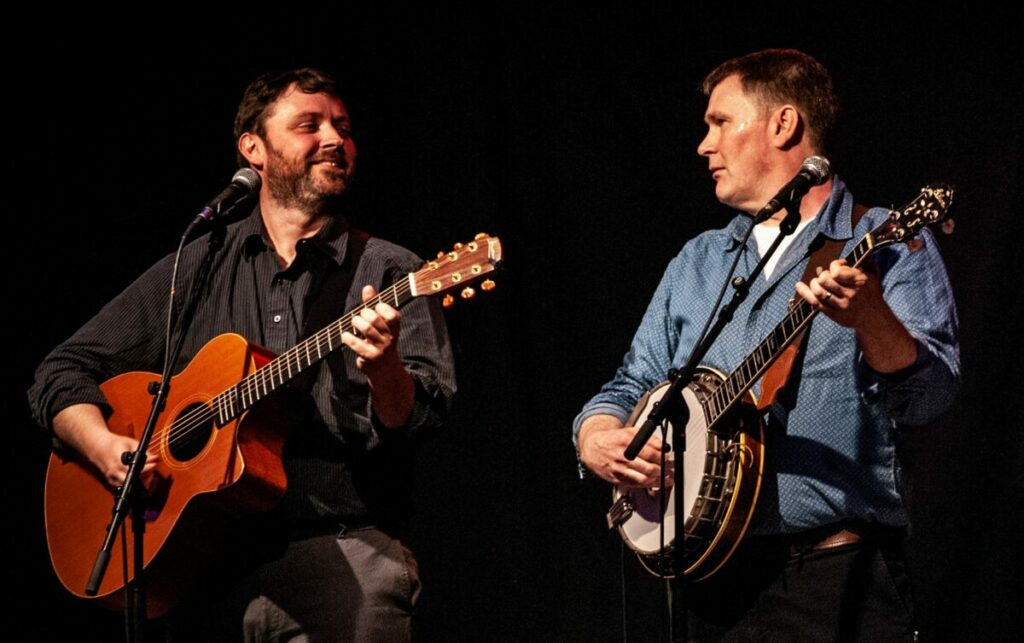 Clonmel World Music is delighted to welcome back Makem & Clancy to Minella Hotel Clonmel. They last played to a full house in Minella in 2019.

They had 2 very successful tours in Ireland in 2019, where they played to packed houses in Tipperary, Armagh, Belfast and Derry.

They toured Ireland again in spring 2022, playing a sold out show in Dungarvan, and successful shows in Ballycotton, Newry, Derry and Belfast.

They are currently on a 9-date Irish Autumn Tour, with shows in Sligo, Kilkenny, Donegal, Mayo, Louth, Waterford, Wexford and Cork, as well as the Clonmel Show.

The Clonmel show is the showcase event of this Autumn tour, with a full band and special guests.

Rory and Donal will be joined on stage by Donnchadh Gough on Bodhran, and Brendan Clancy on fiddle.

Doors will open at 7.30, with show at 8.30 prompt. Tickets are on sale on this website and from reception in Hotel Minella.

Rory and Donal will appear on Tipp Today, with Fran Curry, on Thursday 27th October at 11.30am

Clonmel, and Hotel Minella,  have historical resonances with Tommy Makem, Liam Clancy and the Clancy brothers. It is only 13 miles from Carrick On Suir, homeplace of the Clancy’s. Liam Clancy played in the same concert room in Hotel Minella on 04th July 2006, when he did a short Irish tour with american folk star Odetta.

The Clancy’s filmed their last performance in The Regal Theatre Clonmel in 1995, and Tommy Makem and Liam Clancy also performed in Ferryhouse Clonmel on one of their tours.

Both these venues are only across the river from Hotel Minella.