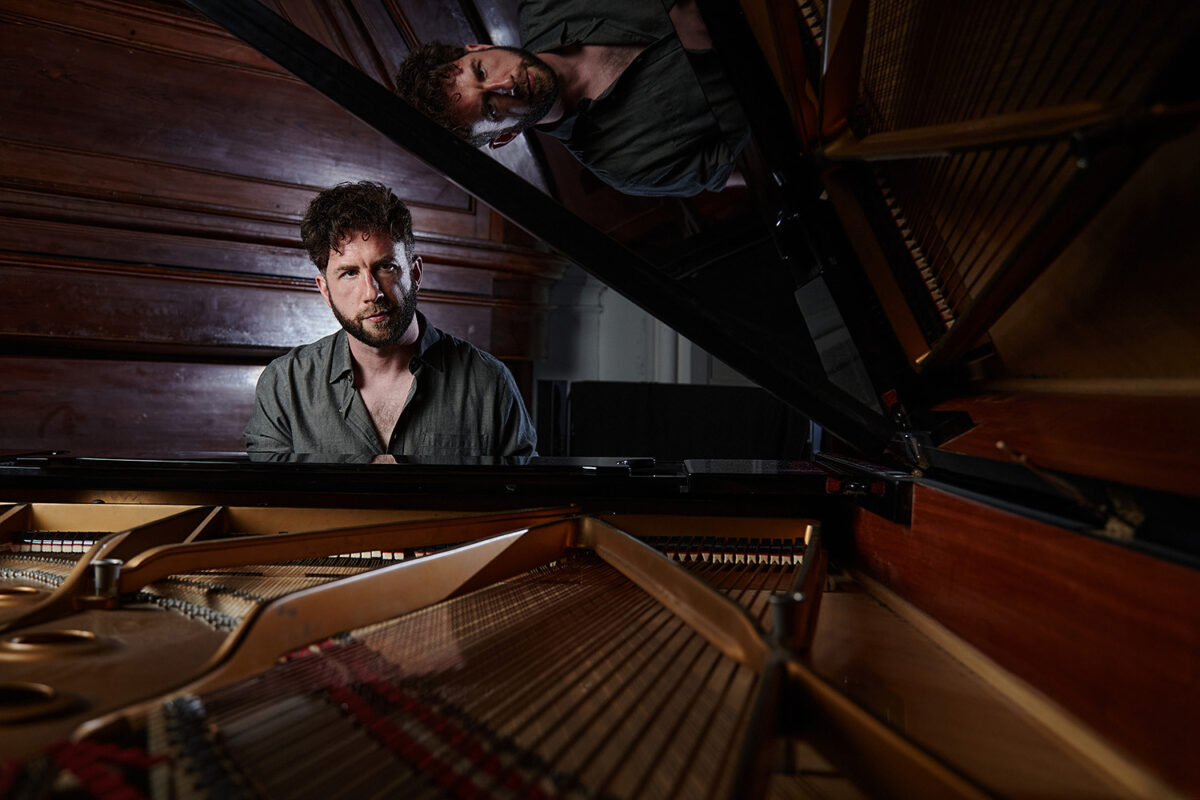 Wild Place is Jacks first release since 2019s Ivory Towers and the first full album release since his acclaimed debut, Dreamcatcher, which entered the Irish Top 5. In the intervening years Jack has established himself as one of Irelands finest songsmiths and a live favourite.

For the recording of Wild Place, during the lockdown, Jack and his band based themselves in Triskel Christchurch in Cork and used the wonderful acoustics and Triskels grand piano to great effect. The results are probably Jacks most endearing work to date the songs emanating from a soulful and folk-inspired place.

Jack first came to prominence with his ode to misunderstood youth and growing up gay, Silence, became a torch song for the Irish Marriage Equality Referendum and won the Nashville Songwriting Competition (judges included Tom Waits and Bill Withers). Chosen as a 2019 headliner for Other Voices, Jack was featured prominently in the television series (most recently part of the Home special in December, featuring himself. Loah, Villagers, and Denise Chaila) and his collaboration, New Day with electronic artist, Kormac has nearly 500,000 views for its award-winning music video.

Wild Place has songs of love and loss, beautiful misfits, nature, and wilderness, says Jack. There’s freedom and rage in there, alongside questions on race, friendship, a still-Covid world, giving the glad eye, my dreams, and sea swimming. The piano and vocal are centre, but there are elements of folk, roots, blues, Americana and chamber music. There’s also a song, Strange Bird written about the last year and a half a drone recording a town during the lockdown and all we’ve lost and gained. Its influenced hugely by John Prine When John Prine died during Covid, it was a Bowie or Cohen or Prince moment I was heartbroken without knowing him personally his lyrics and his style meant so much, and his songwriting always floored me. There’s a Steinbeck or Mark Twain quality he says so much without being flowery.

Jack teamed up with members of Crash Ensemble, Clare Sands, Hugh Dillon and Aisling Fitzpatrick to record Wild Place, with a live quality brought to the songs by Ber Quinn’s mixing. Jack’s long-standing drummer, David Ryan, produced the album, despite not using drums on any of the tracks and it was mastered in Canada by Philip Shaw (Feist and Bon Iver).

The first four singles from Wild Place have received extensive airplay on the country’s airwaves and the tour has thus far, sold out venues across the country. A captivating live performer, Jack will bring the music of Wild Place to life doing what he loves best – seated at a piano with his band, and sharing some of his moving and sublime songs with his audience.

“There’s a soaring, magical quality to Jack O’Rourke’s Wild Place. There’s an almost cinematic feel to the album, like a soundtrack to some classic Hollywood movie, perhaps by Nora Ephron. Wild Place seals O’Rourke’s reputation as one of Ireland’s most gifted performers.” – Hotpress

“Wild Place, a suite of economical chamber-pop songs, will linger long after the year is gone.” – Sunday Business Post

“O’Rourke is a vocalist of rare distinction. The album’s essence is to be found on Sea Swimming – a track that’s redolent of the sort of standards that Paul Brady delivered early in his career.” – John Meagher, The Irish Independent

“With ‘Wild Place, O’ Rourke has more than met expectations for his sophomore work which showcases his maturity as a creator of deeply moving, lyrically ornate compositions” – John Loftus, Golden Plec

“Wild Place is expansive in breadth, deep in introspection and lovely to the ear.” – Barry Egan, Sunday Independent.