29th September 2022 9:00 pm
Raheen House Hotel
We're sorry, but all tickets sales have ended because the event is expired. 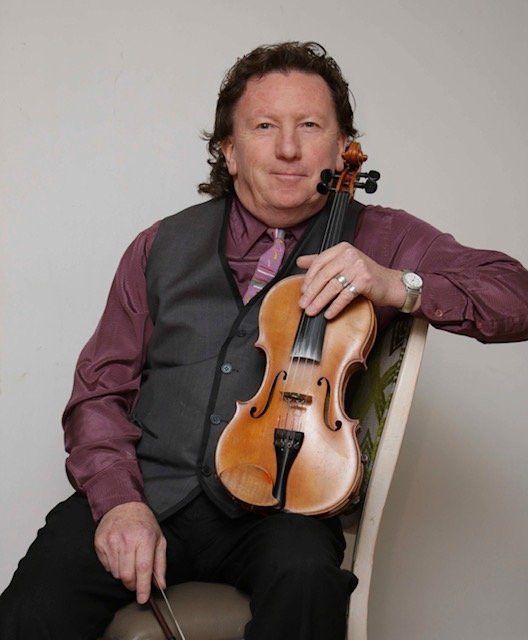 Clonmel World Music is delighted to present the legendary Frankie Gavin in concert in Clonmel, where he will also launch his new album Port Eireann.

This show is co-promoted with Lonergans Pub Clonmel, and also with Paddy Doheny (Clonmel) and Martin Murray (Carrick-On-Suir)

Irelands most famous traditional musician, Frankie Gavin will grace the stage for a very special intimate, all seated show. He will be joined by Catherine McHugh on piano. Frankie has just come through a recent serious health scare, and following hospitalisation and intensive treatment Frankie is back home and in recovery. He is back performing again, and recently played at the Fleadh Cheoil in Mullingar.

Frankie will perform, with a full orchestra, in Monaco the week before the Clonmel show, and he will also be playing at the Cliften Arts Festival and Cork Folk Festival in September

Frankie Gavin headed the list of recipients of the Gradam Ceoil TG4 2018 (Traditional Music Awards) . A native of Corrandulla,   just north of Galway city, he has been prominent on the national scene for over forty years, first making headlines as founder member of the acclaimed group De Dannan.  His dazzling virtuosity on the fiddle and his championing of the pioneering showmanship in early 20th century recordings of Irish music made in North America have won him many fans within and outside the tradition.

Frankie comes from a musical family and started playing when he was given a tin whistle for his fourth birthday. At the age of six, Frankie played for President Kennedy when he visited Ireland in 1963. Fifty years later, Kennedy’s daughter Caroline came to Ireland to open the National Library’s exhibition commemorating the four days her father spent in Ireland. Frankie, together with sister Norin and brother Sean entertained their American guests again.

In the early 1970s Gavin played musical sessions at Galway’s Cellar Bar, with Alec Finn (bouzouki, guitar), Mickey Finn (fiddle), Charlie Piggott (banjo), and Johnnie (Ringo) McDonagh (bodhrán). In 1974, from these and further sessions, he founded the group De Dannan with Alec Finn. Although De Danann has had many highpoints over a quarter of a century, particularly with the singing of Dolores Keane and Maura O’Connell and the box playing of Mairtin O’Connor, Frankie’s powerful virtuoso fiddle playing has always been at the core of the De Dannan sound.

Frankie has recorded 16 albums with De Dannan as well as a number of solo albums, and three collaborations, He has also guested with The Rolling Stones on their ‘Voodoo Lounge’ album, with Keith Richards on ‘Wingless Angels’ and with Earl Scruggs the great banjo man. Gavin has also played and recorded with Andy Irvine, The Rolling Stones, Elvis Costello, Stéphane Grappelli, and Frankie Goes to Hollywood, and. On September 20th, Frankie officially became the fastest fiddle player in the world.

“A superbly uncompromising player, he makes refreshment of the old by picking out and polishing every detail and setting it off in a steady, listenable pace. Gavin edgy and brilliant on both fiddle and flute, with always the most meticulous attention given to tone and variation. Live, his tune sets are perfectionism that drive and are driven by an audience spontaneity that spurs Gavin to push fiddle from shriek to rasping bass.” – Fintan Vallely in the Sunday Tribune