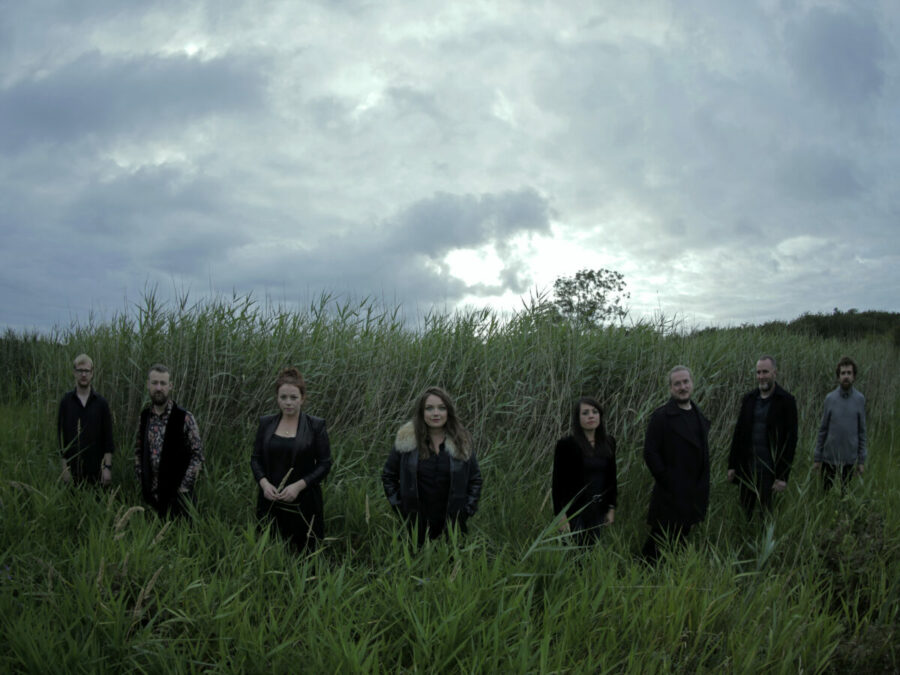 PostponedBird on the Wire: The Songs Of Leonard Cohen – 28th December 2021 – Event postponed, due to Government Covid Guidelines

Unfortunately we have had to postpone this event, due to new Government Guidelines.

It is not viable for us to hold this event for a 50% capacity audience.

Ticket holders have been contacted.

All tickets will be valid for new rescheduled event 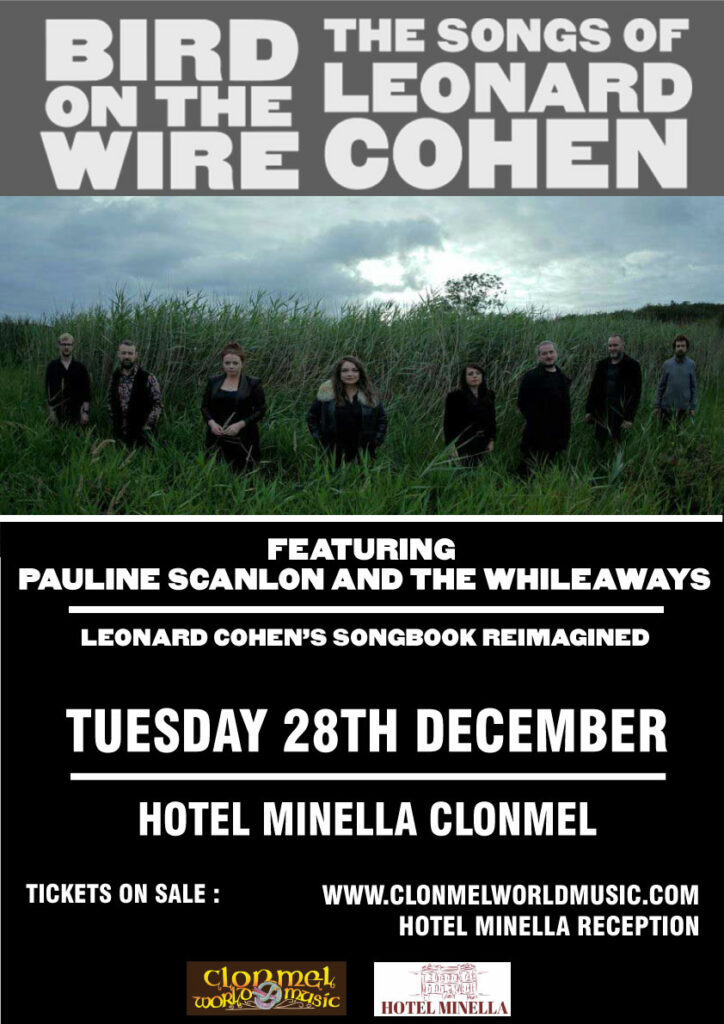 A collective of outstanding musicians interpreting the music of one of the greatest songwriters of our time.

Bird on the Wire has already received rave reviews and will be touring extensivelly across the UK and Ireland in 2021.

The show last visited Clonmel in December 2019, and wowed a huge crowd in Hotel Minella

Pauline Scanlon and The Whileaways along with their merry band will celebrate many of Cohen’s best-loved life works. They lead a masterful collective including Will Merrigan on bass, Dave Clancy on keys, Beoga legend, Eamon Murray on drums, together with strings and brass sections.

Pauline Scanlon galvanized the Irish music scene with her stunning debut album, Red Colour Sun, over ten years ago. As a solo artist and as a member of vocal duo LUMIERE, Scanlon has entranced audiences the world over with her distinctly delicate intensity. Pauline has performed and recorded with a wide range of artists including Damien Dempsey, Sinéad O’Connor, John Spillane and is a member of several high profile groups including Dønal Lunny’s Atlantic Arc Orchestra. Scanlon has presented several music-based Television programmes for both the BBC and TG4 in recent years and released her latest album ‘Gossamer’ in 2016 to critical acclaim.

The Whileaways are three powerful forces in Irish roots music, Noelie McDonnell, Noriana Kennedy and Nicola Joyce combine to create a beguiling tapestry of harmonies, tradition and beautifully crafted original songs. Their sound is simply captivating, enthralling live audiences and securing their firm footing in roots music both in Ireland and internationally.

Bird On The Wire started out as one show. It grew during 2019, and the show has been performed at Westport Festival (2 sold Out Shows) Sligo Live Festival, 2 sold out shows in Dublin and it will also be performed in the INEC Killarney, as well as the Clonmel show in 2019.

Bird On The Wire has just finished its biggest tour to date, with 12 shows in the UK, including the famous Union Chapel venue in London

Dates for big 2021 Irish shows have just been announced in INEC Killarney, Limelight in Belfast and The Olympia in Dublin.

Its a big coup to get this amazing show in Clonmel