9th December 2022 9:00 pm
Moynihans Bar, Clonmel
We're sorry, but all tickets sales have ended because the event is expired. 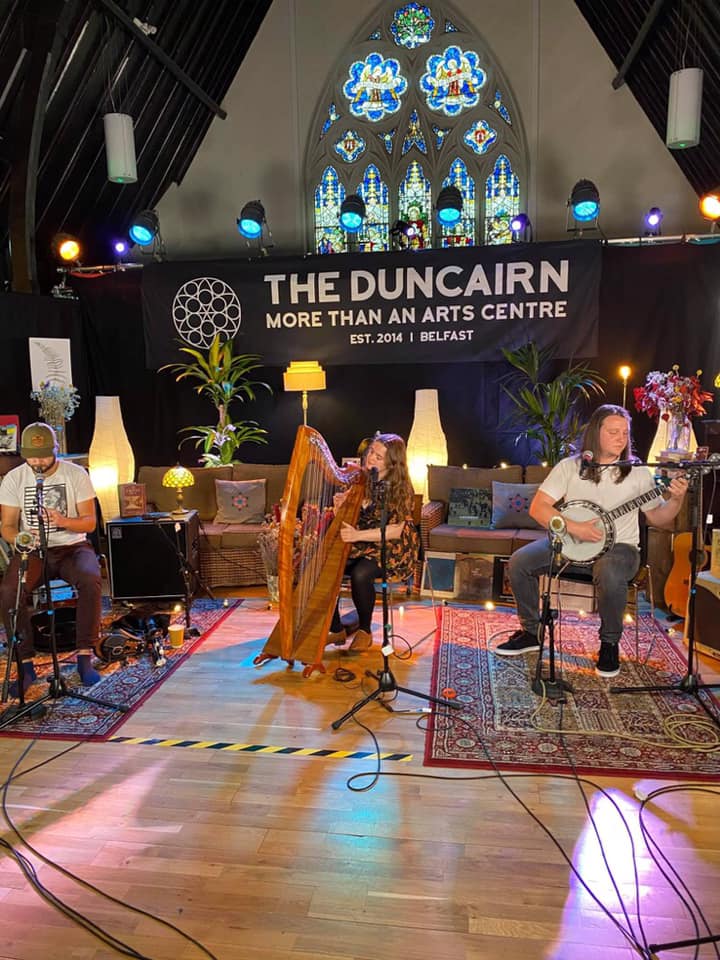 Gerry Lawless is delighted to present one of the best emerging bands on the Irish live music scene at present. They have a very refreshing sound, and great songs. They are a very highly rated young band.

ALFI were recommended to us by the great Daoiri Farrell, and they were were due to play Clonmel in March 2020, but they were the first band we had to cancel in that crazy Covid year !

Alfi were nominated for Best Emerging Artist in the RTE Folk Awards in May 2019.

They played at the world famous Celtic Connections in Glasgow in February 2022, and at the All Ireland Fleadh Cheoil in Mullingar in August.

Their new single ‘The Whistling Thief’ will be released into the world on September 26th.

This song is the first release from their upcoming album, which is recorded and will be released this year

Multi-award winning trio Alfi combine traditional Irish and Appalachian music and song to produce a unique and tasteful sound. Their music features an unusual line-up of harp, five string banjo and Uilleann pipes. Alannah, Fiachra and Ryan met while studying music in college and decided to form officially as a band in 2017, playing their first gig at Arcadian Field festival.

In their short three years as a band, the Dublin-based trio have been crowned winners of the prestigious Molloy Awards at the Trip to Birmingham TradFest and the Caoimhin O Dochartaigh Award at Imbolc International Music Festival.

Alfi recorded and released two tracks in 2018 in collaboration with audio producer Cian Hamilton – ‘Cluck Ol’ Hen’ and ‘Lost Girl/Trim the Velvet’, both of which can be found on all music platforms.

In May 2019, Alfi released their debut EP “Wolves in the Woods” to great critical acclaim, following the release with a successful tour around Ireland and the UK. The trio have performed at many established venues and festivals, including Freshgrass Festival, Body and Soul Festival,  Whelan’s in Dublin and Other Voices.

Their music and vocals have been described as “mind-blowing magic” and “powerful” by The Bluegrass Situation and Ruth Smith (Simply Folk) respectively.

The Bluegrass Situation used the following words to describe the band – ‘the tempo is relaxed, the reharmonisations are modern, yet timeless, and the form rolls by a handful of times without ever becoming stale or boring — a remarkable feat.’